What is GameStop and Why is it trending? 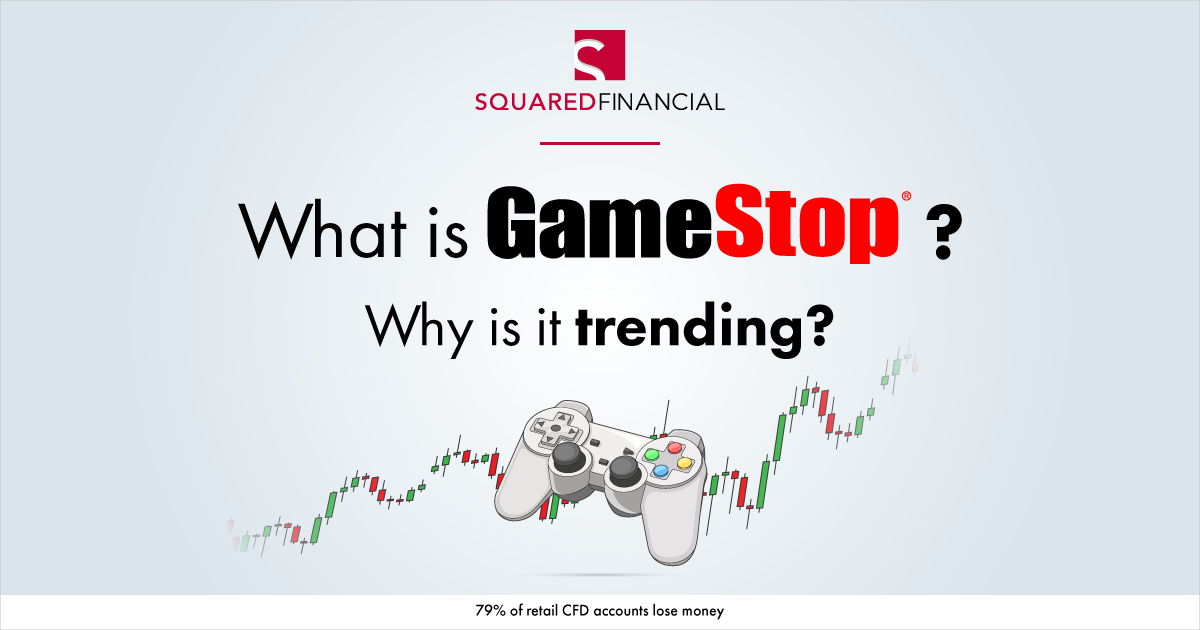 GameStop and Reddit have been dominating stock market news for the last few days.

What is GameStop (GME)?

GameStop is a US high street shop selling games, consoles, and other electronics.  It is just a typical shop you will find in a mall or online.

Reddit is a social media news platform, similar to Twitter. On Reddit you can join groups based on the subjects you are interested in. Wallstreetbets is a group on Reddit of around 7 million people, which discusses stocks and shares. Investors in the Wallstreetbets group noticed that GameStop was heavily shorted by hedge funds. They took a different view to the hedge funds, believing that the company was undervalued, so posted in the group suggesting people started buying GameStop shares.

What caused all the noise?

GameStop was just another stock. Due to the pandemic, things were not very positive for the company with sales going down. However, support for the company from the Wallstreetbets Reddit group, encouraged individual investors to buy into the firm, causing GameStop’s share price to soar. The buying wave gained momentum, taking the opposite approach to the large hedge funds who were short selling the GameStop stock – betting against the company’s success.

The rise had little to do with GameStop’s strength as a business. As investors following the Reddit group bought many GameStop shares, the hedge funds shorting the stock were forced to buy more shares to cover their losing bids, which further boosted the share price. This is called a short squeeze. This was the first time a short squeeze had been started by retail, individual, investors – and this did not only happen with GameStop. Other shorted companies such as AMC and BlackBerry also found buyers for their shares.

There was so much trading of some companies that many brokers and platforms decided to restrict access to the shares.  SquaredFinnacial has taken the opposite view and is maintaining and increasing access for its traders.

Stay up to date with the latest GME price with the GME Chart by Investing.com

Risk Warning: CFDs are complex instruments and come with a high risk of losing money rapidly due to leverage. 79% of our retail investor accounts lose money when trading CFDs