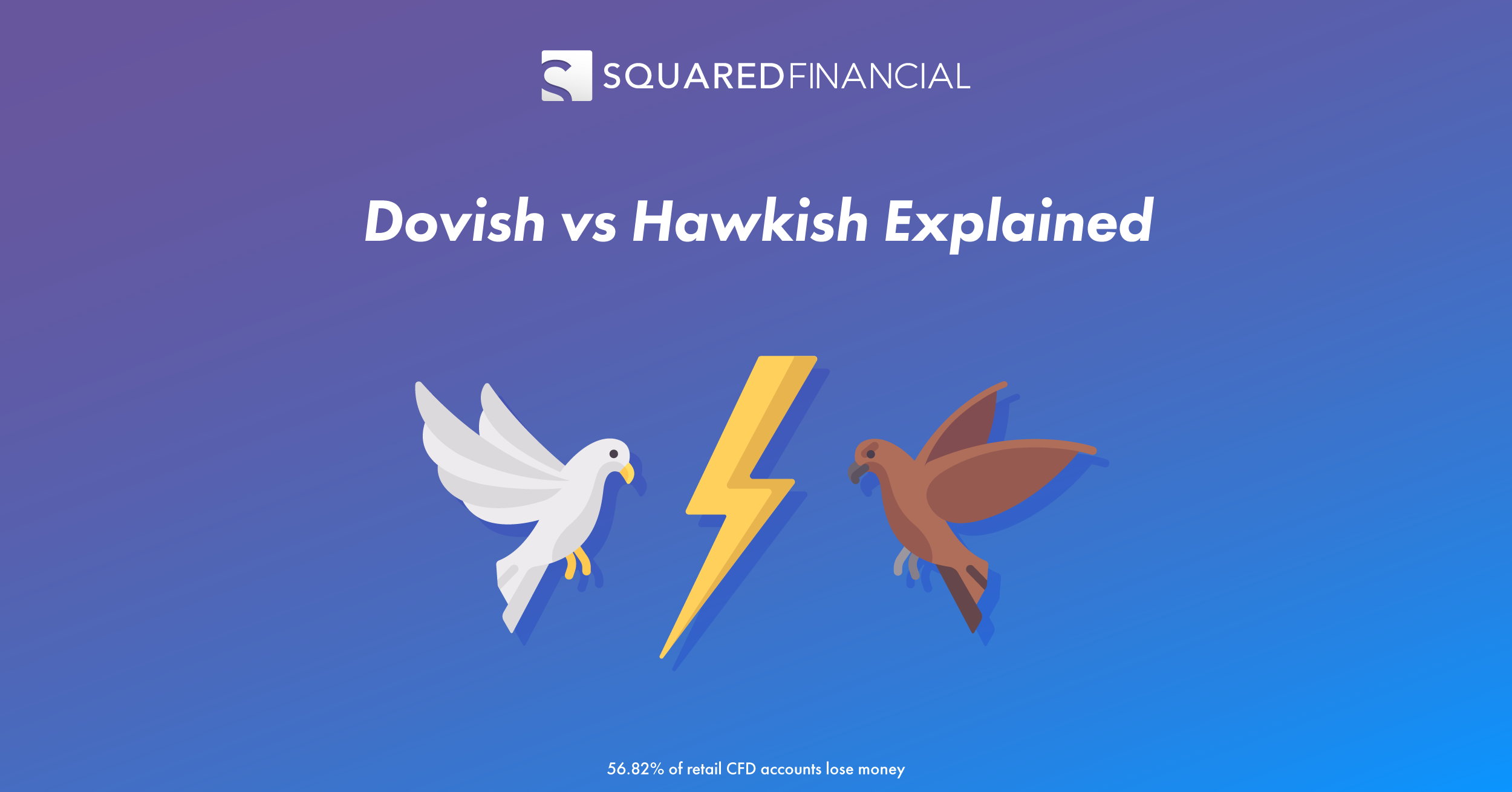 Let’s have Dovish vs Hawkish explained

Simply put, Dovish policies involve the lowering of various interest rates while Hawkish policies involve the raising of interest rates. Taking into consideration that the economies of nations are in a ‘constant state of flux’. Good policy is knowing when to apply Dovish vs Hawkish for successful growth, for avoiding inflation and deflation. It is also for successful countering of economic stagnation and depression respectively.

Ok, you might say, but what’s up with the birds?

Dovish monetary policies are favoured when the goals are economic growth stimulation and the prevention of excessive deflation. However, when such policies are undertaken they negatively affect the power of the nation’s currency by weakening it.

The Hawk is a symbol of power, dominance, and control much like the firm grip of its claws. Hawkish monetary policies aim at slowing down economic growth and preventing excessive inflation by raising various interest rates. When such policies are preferred the power of the nation’s currency is strengthened.

You cannot go wrong in opening up a trade account with Squared Financial – it only takes a minute and you can sign up for free here.